You are using an older, unsupported browser. Please visit this link to contact us.

News and Information from A-1 Self Storage 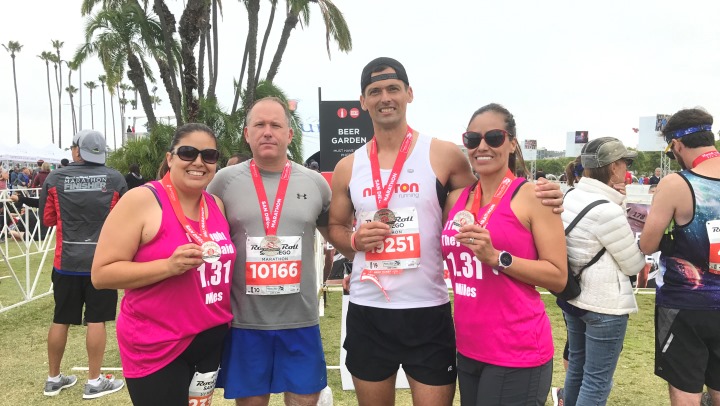 For those that don't know, the San Diego Rock 'n' Roll Marathon has been around since 1998 and is  part of a series of events that takes place in many different cities around the world. There is both a half marathon and full marathon along with live music, food, and a health and fitness expo. More importantly, the runners of this event have raised more than $310 million for participating charities.

A-1 Self Storage is proud to share the experience of one of our very own who participated in the half marathon here in San Diego, Rosie Galford.

This was Rosie's second time running in the Rock 'n' Roll Marathon. She ran the half marathon along with her sister, while her husband and brother-in-law ran the full marathon. Rosie didn't necessarily "compete" for time this year because she wanted to support her sister who had trained for the half marathon. Both Rosie and her sister met their goals of finishing under two and half hours!

The highlight of  Rosie's Rock 'n' Roll Marathon experience was running with Harriett Thompson who is ninety-four years old and completed the half marathon this year. She holds the world record for being the oldest woman to compete a full marathon. This past Sunday, Harriett became the oldest woman to complete the half marathon during the San Diego Rock 'N' Roll Marathon! 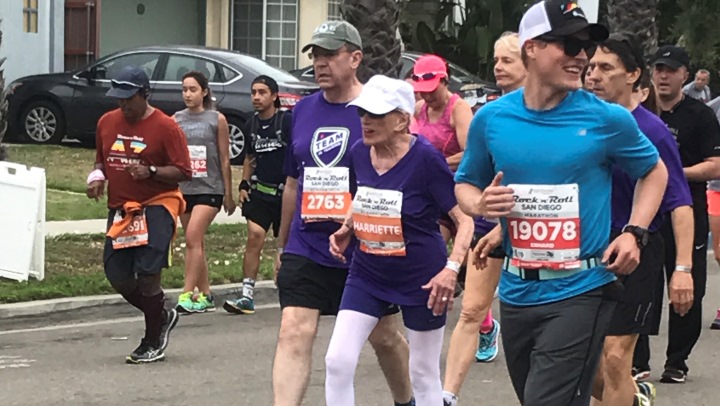